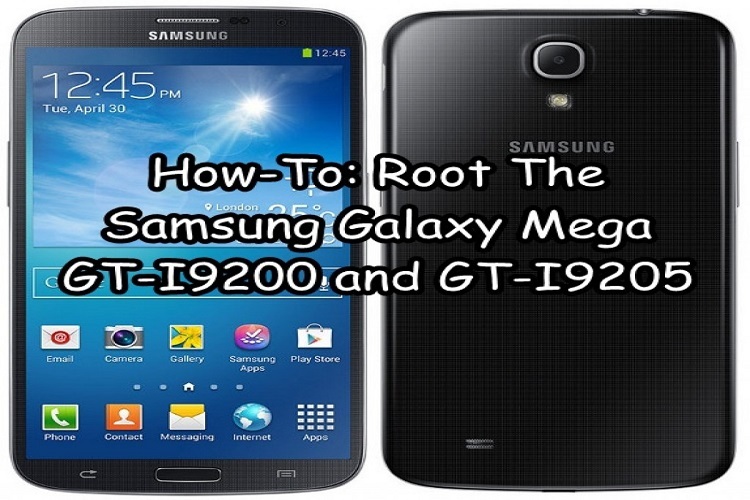 It didn’t require much time for a talented developer to gain root access on the Samsung Galaxy Mega 6.3 (GT-I9205/GT-I9200), thanks to Vcore – a dev from xda who modified a stock kernel, so that we can be rooted in no time. As we know, this device was unveiled in April and became available in June. Although in terms of performance it isn’t better than the Galaxy S4, but this super phablet device can be relied to support your daily tasks since it has a great hardware (1.7 GHz Dual-core with 1.5 GB RAM), as well as flagship features like an Air view, Smart Screen and S Voice.

The dev compiled the kernel from Galaxy Mega 6.3 GT-I9205 (LTE models) source code, which is officially released by Samsung, but it also reportedly works on the GT-I9200 models. The dev added busybox, su binaries in the modified kernel, so we no longer require to use a custom recovery to flash it.

The Samsung Galaxy Mega 6.3 root method is slightly different from other methods, as I mentioned earlier, we don’t need a custom recovery such as CWM or TWRP to inject su binaries, busybox and superuser app, here are a brief step to make your smartphone rooted:

After successfully obtaining root privileges on the Samsung Galaxy Mega 6.3 maybe some of you will experience some bugs such as the power button is not working to turn off the screen, unable to use screen mirroring feature, and getting error message on boot screen (wp_status_check sectors: 0; wp_status_buffer: 0x0000000aaaaa).

Since we’ve been using a custom kernel some of you will experience this issue, but there are simple ways to make all things normal, just flash the stock kernel using Odin again, here you can choose a kernel for your specific device, don’t worry you will not lose root capabilities.