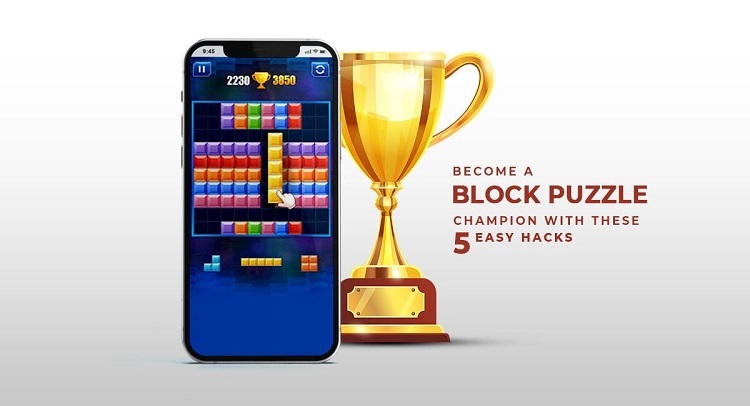 Who doesn’t enjoy playing mobile games? They’re the number one pastime activity and became people’s best friend during the pandemic-induced lockdowns. Besides offering pure entertainment, mobile games provide a wide range of mental and emotional benefits. Gamers boast of a positive attitude toward life and improved cognitive function. Moreover, games are used as an instructional tool in various American schools and might be picked up by other educational institutions across the globe in the next few years.

If you seek productive entertainment, Block Puzzle is a game that you must check out. The game’s simple yet intuitive interface will keep you hooked for hours, and if you play the timed version, it’ll bring out your competitive side. For those who had spent several hours playing Tetris when they were kids, the Block Puzzle game is a step up. It is a tangram-inspired puzzle game modeled after Tetris. Even though there are no falling blocks, you’ll find three differently shaped blocks on your screen at a time. Three additional blocks will appear when you’ve placed the blocks on the 9X9 grid board. The game demands excellent problem-solving skills and hand-eye coordination.

Even today, gamers enjoy playing Tetris. However, they’re also seeking the next big thing. In the Internet and smartphones era, Tetris appears to be the odd one sticking out like a sore thumb, and hence, novice and experienced gamers prefer the Block Puzzle game.

The Block Puzzle game is a reimagined Tetris version that you can download and install on your mobile devices. You need to create an account or sign in using your Apple, Google, or Facebook account. You can play practice games with real-life opponents, making the game even more exciting and addictive. Alternatively, you can engage in a 1VN battle by participating in tournaments and earning money.

Since winning depends on your excellent solving skills, you need to know some of the strategies to give you an edge over your opponents. Read along to learn them.

Learning and practicing the Block Puzzle strategy is one of the best and most effective ways to beat your opponent. Some of the hacks you must remember are given below.

Focus on clearing lines, not filling up space

Most players make the mistake of thinking the game’s goal is to fill space on the 9X9 grid board. In reality, the objective is to clear as many lines as possible within 90 or 120 seconds. The lines are cleared horizontally and vertically.

Therefore, you must concentrate on placing the blocks so that they create a much larger shape that clears horizontal or vertical lines. Whenever you clear a line, you earn a point.

Clearing single lines won’t fetch you enough points to beat your opponent. When you are in an intense 1V1 battle or 1VN competition, focus on clearing multiple lines. Since the game is timed, you have to try and score as many points as possible before the timer elapses. So, avoid the random placement of blocks.

3. The board’s corners are the best place to start placing the blocks

Building a high score in the Block Puzzle game means staying in the game until the timer runs out. If you didn’t know, this is the hardest part of the game. Many players are out of the game early because they randomly place the blocks anywhere without leaving any space in the middle. Hence, the game’s over when there are no cells left to place the blocks.

One trick to having space for the blocks is placing them from the corners. This will provide you with more vertical and horizontal options than starting from the middle as the game progresses. Also, you don’t have to leave space in between when you start from the corners.

4. Have you left space for the square piece? If not, rectify your mistake

When a 3X3 square piece suddenly appears, it becomes a cause of concern because the grid’s measurement is 9X9. Also, you might already have a few blocks placed on the grid. While there’s no way of knowing when this piece will appear during the game, it is best to take precautions.

When placing the blocks on the grid, ensure to leave space for the square piece so your game doesn’t come to an abrupt end.

Dumping blocks is never a good idea, no matter what happens during the game. It can make you lose a winning game. So whether the timer is down to the last few seconds or your opponent’s score is higher than yours, don’t take the risk of dumping blocks. Instead, until the very last second in the game, calculate your moves and place the blocks to clear multiple lines.

These are the easy hacks that you must master to become a Block Puzzle champion. Hence, you must play many practice games with real-life opponents and familiarize yourself with these tactics. Naturally, your scores will be higher if you can execute the hacks mentioned above in a high-pressure situation. So, install the game and begin practicing. Big cash rewards and prizes wait for you when you become a pro.