How to restore to stock, unbrick and unroot HTC One (M7) 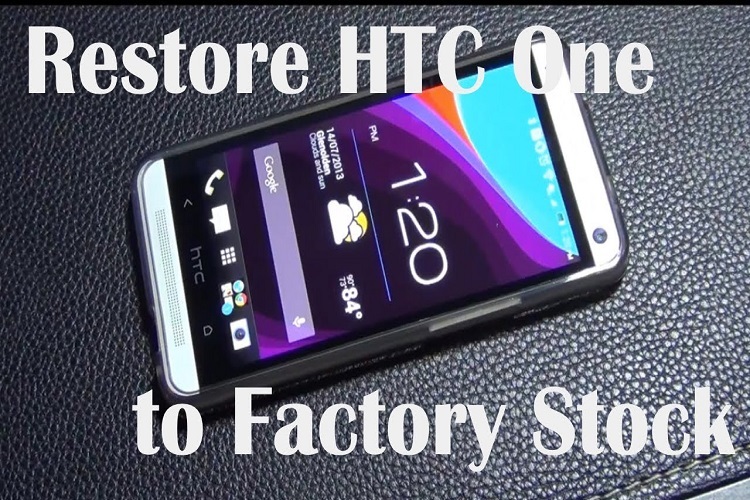 For almost all Android modders, rooting, unlocking bootloader, flashing ROMs is a must task on their new device. But I believe, someday you’ll want to unroot HTC One (M7) and return it to the stock firmware, it is necessary to claim warranty or sell this device, because as everyone knows a phone with altered firmware or hardware may void the warranty.

Just like other HTC devices, we can completely unroot and restore M7 to stock using the ROM Update Utility (RUU), which is a desktop software (running on Windows OS) provided by HTC that contains firmware, bootloader, radio, etc. In certain circumstances, the RUU could also be used if your device bricked, or bootloops. Here are some procedures that you should carry out in order to restore to stock, unroot, or unbrick HTC One (M7) utilizing RUU.

The first requirement in an effort to back to stock using an RUU is a device with locked or relocked bootloader, in case your phone now rooted with a custom recovery (CWM/TWRP) then it is likely that your phone is unlocked, if you’re still locked then this stage is not required . To make it sure you can get into bootloader mode by switching the phone off, then turn it on by pressing the volume down key + power button. Here is a guide to relock bootloader:

This is the key to completely unroot and back to stock. All modifications that we have done on HTC One will be lost. Make sure the your device has enough battery power (more than 30%), and also disable the screensaver, standby mode on your PC.