How to unroot and restore Amazon Fire Tablet (5th Gen.) back to stock firmware 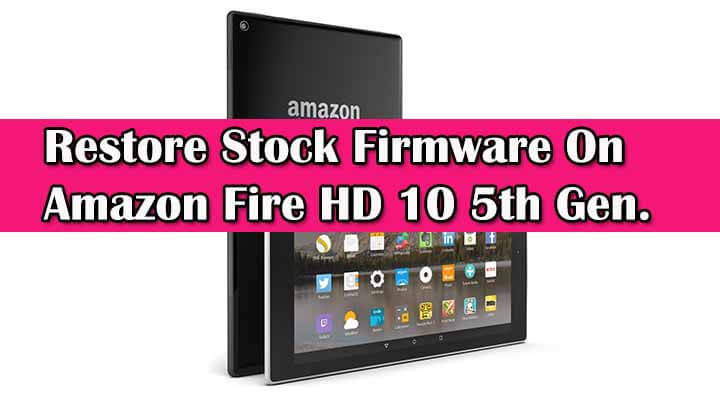 Amazon has unveiled its new Fire Tablets family in 2015 in three different sizes 7, 8 and 10-inches, this new released device also known as the 5th generation of Fire Tablets. Not only attracts regular end users, but this cheap yet powerful tablet (mainly the 7″ variant) also attracts the geek users. The main reason is the tablet has an active Android development, it can be seen with the release of a utility to gain root access. However, it’s also safer to understand how to unroot Amazon Fire Tablets (5th Gen.) and restore the 2015 back to stock condition.

Not only superuser privileges that have been successfully obtained, the Unofficial CM12.1 ROM was also available, it’s based on Android 5.1.1 (Lollipop). However, if you do not require root or prefer Amazon Fire OS instead of a custom ROM, you can also try to install the Google Play Store that has a large collection of apps when compared to the Amazon App Store.

Knowing how to unroot Amazon Fire Tablets 2015 and restore it back to stock will be very useful when you face a frustrating scenario, like the tablets stuck on the loading screen after using a tool, or maybe the system become unstable and slowing down after reboot.

When we decided to mods our device, we actually put our device in an unsafe situation and it could mess up the tablet’s software.

Here are some steps you can take to recover the tablet by using the official firmware from Amazon:

How to: Galaxy S4 Active restore to stock ROM/Firmware with Odin