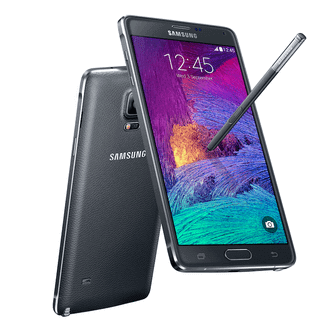 Starting today Samsung released the official Lollipop update for AT&T Galaxy Note 4 (SM-N910A), the AT&T variant is not the first Note 4 that get upgraded to Android 5.0 in the US, previously the Sprint model (SM-N910P) had got updated at the beginning of this month. This is good news for its users because the most anticipated update finally arrived. However, some users might still not too pleased, considering that there no working root method for this smartphone.

As you may know, until now there has been no root utility that is able to give root to the AT&T Galaxy Note 4, even after the device updated to Lollipop and the Android development becomes stagnant. It is because the device bootloader was locked down by AT&T, which make it more challenging for developers to make an attempt to get superuser privileges.

Although no root progress up to now, but after this phone upgraded to Lollipop there is a good sign. We can now boot into bootloader mode via recovery, and when it’s paired with Knox being disabled by default, this could be a good sign, not for common users, but for the devs.

The official Android 5.0 update for Galaxy Note Lollipop 4 (N910AUCU1COC2) is a major software update since it has massive file size (1.2GB), given that most system files need to be upgraded. Not only that, the OC2 software also brings stability improvements as well as service addition (Find My Mobile and Reactivation Lock).

How to: Unbrick, unroot DROID MAXX (XT1080) and back to stock software version