HTC One: How to enable NFC while the screen is off or locked 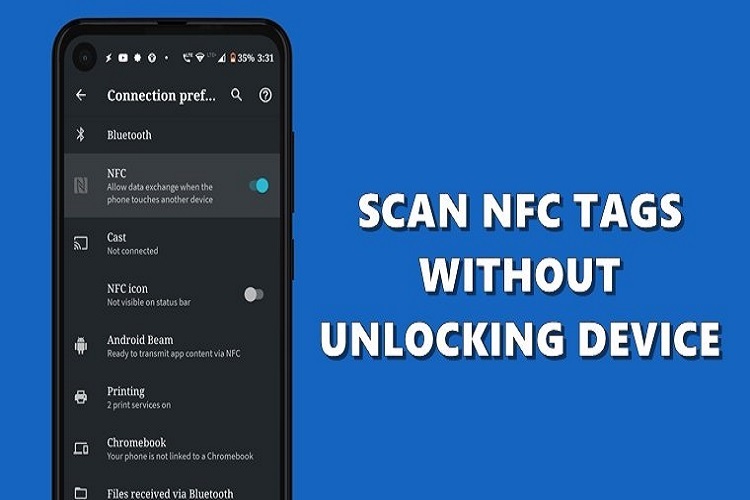 Near Field Communication becomes more and more popular today, and the majority of the new released mobile phones already has this feature, including the HTC One. If your smartphone currently has an NFC hardware then you are able to establish radio communication with other NFC-enabled devices, we can share (beam) any content such as web pages, contacts, photos, even make a payment using Google Wallet.

To enable NFC on HTC One you can go into Settings, on Wireless & networks menu tap More then switch it on. You will notice an NFC icon on notification bar. Personally, I prefer to keep this feature enabled since according to the majority of users, this feature definitely not take battery power excessively, even it has no effect in any way with the life cycle of the battery.

Even though you always enable this feature in HTC One Settings, but NFC will likely be completely off when your screen is turned off or the screen is locked. But now you can communicate with any other device while the screen off or locked screen, thanks to StephanSch from xda who mod the stock Nfc.apk app. We can’t Install this modded NFC app automatically, we have to do it manually, the mod file has been tested and reportedly working on HTC One running ARHD ROM (Android 4.2.2 with Sense Jelly Bean 5, Base 2.17.401.1 firmware):

When the installation was successful, then you’ll have three options when uses NFC on HTC One: screen off, lock screen and unlocked.