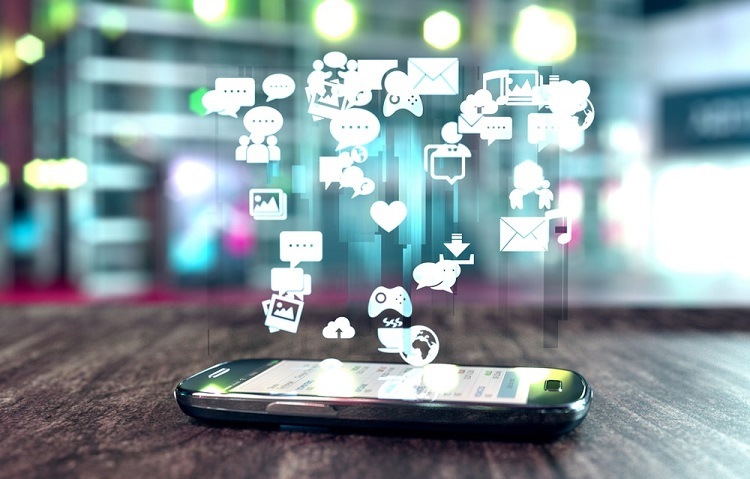 The coronavirus pandemic forced the entire world into lockdown. As cases surged, people were encouraged to stay home, keep safe, and remain steadfast. Just like any country affected with Covid-19, the majority of India’s population had to remain at home and relied on technology for work, news, information gathering and entertainment. This new collective reality led to a noticeable increase in mobile phone use in the country.

The average smartphone user in India spends up to 4.8 hours a day on his mobile device. The latest App Annie report for Q3 or July to September of 2021 confirms that Indians are 3rd in global smartphone use. The time spent on mobile applications for Indian users was steadily rising before the pandemic but the numbers skyrocketed when lockdowns went in place. In 2019, Indians only spent 3.3 hours daily on mobile apps.

App Annie Intelligence also reported that India ranks as the top consumer of mobile gaming apps when it comes to downloads on iOS and Android platforms. Indian players installed around 4.8 billion mobile game apps during the first half of 2021. One out of five of these apps were globally installed.

The most popular game download for Indians is Ludo King. This is a free-to-play game created by Gametion Technologies, an Indian gaming firm. However, there is something unusual about this report.

Ludo King is a locally made game but based on previous stats, Indian-made mobile games don’t stand a chance against games created abroad. Only 7.6% of the highest-ranking 1,000 games are created by Indian gaming companies.

With India’s Unified Payments Interface, the country is setting the trend for mobile payments. The number of UPI payment transactions increased 100% in just a year reaching 8 billion in the second quarter of 2021. In an earlier report, UPI transaction values reached $100 billion during the month of October 2021.

For mobile app developers, this mobile payment usage report may inspire ideas to create a new merchant app. One such new app is Khata Book with a monthly average of 14 million active users in the country during the second quarter of 2021. Other industries that took advantage of UPI are credit apps like Kissht, Dhani, StashFin, and Slice Super Card.

Indians also spent a large amount of time on their mobile devices monitoring and trading cryptocurrencies. The report highlighted the highest cumulative downloads for crypto trading apps in Q2 of 2021. Apps such as WazirX, CoinSwitch, and Zebpay Bitcoin Wallet are the most popular. Two of these, WazirX and CoinSwitch  joined Upstox Pro to make place on the charts for investment and trading mobile applications.

When it comes to messaging apps, Indians prefer Telegram. This app is a secure and reliable platform for chatting and video calling. People used Telegram to connect with family and relatives during the lockdowns. They used Telegram’s many impressive features like secret chats, customizable profiles, live location sharing, and night mode, among others.

In the first quarter of 2021, the use of digital-first shopping app stats increased with around 23 average sessions per user per month. Meanwhile, only 10 average sessions were recorded per month for every user for brands with an online and offline store

During the pandemic, more brick-and-mortar shops had to switch to an online presence triggering an increase in mobile shopping and food ordering. When it comes to food delivery apps, Swiggy and Zomato are India’s favorites but KFC and McDonald’s apps were the most popular downloads in the first quarter of the year.

India vs Other Countries in Smartphone Usage

Considering the world’s total population is around 7.9 billion in 2021, and the number of mobile users is about 3.8 billion, around half of the population uses a smartphone.  The average smartphone user consumes around 4.2 hours daily on a mobile device which is 30% higher than a regular user’s consumption in the past two years.

App-wise, the most popular uses were entertainment apps like Disney Plus for U.S. users and messaging apps like Signal Private Messaging for subscribers in the UK, Germany, and France.

The average number of mobile users in India is expected to rise from 54% to 96% in 2040. Smartphones and mobile apps continue to play a huge role in changing the lives of people and the way businesses operate everywhere.

New and exciting mobile apps will continue to emerge. Mobile app developers must take advantage of this current situation if they want to reap unlimited rewards.

Best Email Management Tips To Have An Organized Inbox