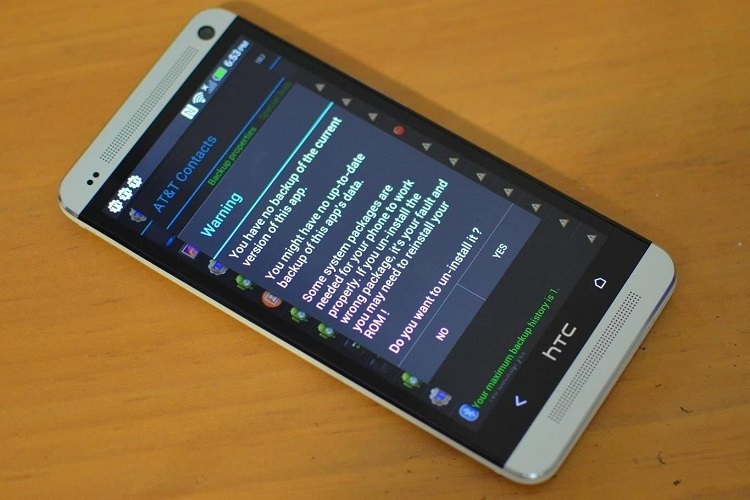 AT&T HTC One has been available officially, although just been released however we don’t have to wait longer for root access, since HTCDev already supported this device for unlocking the bootloader even before the device was officially released. Other than that this smartphone also can start using a custom recovery that originally developed for the International/Europe models.

Once achieved root access, a common task which is usually performed is removing bloatware, AT&T models come with a whole bunch of bloatware or pre-installed apps, including MyAT&T, AT&T Family Map, AT&T Connect, etc. For those who want to save internal storage space, removing bloatware apps could be a solution, additionally it can make the look of the app drawer become more simple.

There are tricks for those want to remove bloatware apps on AT&T HTC One, since HTC has enhanced security to their latest devices. If you are still running stock rooted ROM then you definitely can’t modify the /system partition (mainly because it have read/write protection), so when you get rid of the bloatware apps and then reboot the apps will come back again.

If you do not want to see bloatware apps in the app drawer, you can perform the following steps:

In case you really need to get rid of all the pre-installed/bloatware apps completely on AT&T HTC One, then you need to flash the insecure kernel via fastboot, since the stock kernel is secured or protected.

Sony Xperia Z: How to unroot, restore to stock and unbrick

AT&T HTC First: How to root and install custom recovery