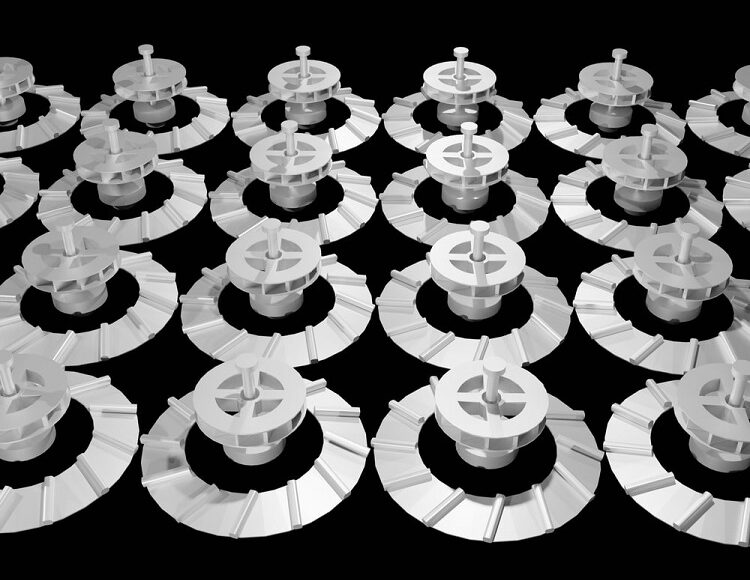 Micromachining refers to fabricating micromechanical structures using etching techniques to eliminate a part of the thin film or substance. Materials such as silicon are suitable for micromachining. Surface micromachining came into place during the 1960s.

Below are the common materials used in micromachining:

Silicon is used in the creation of ICs (integrated circuits), which are incorporated into consumer electronics used in the modern sector. As per the economies of scale, silicon is preferable because of its good quality, and it is affordable. Silicon is also desirable since it can incorporate electronic functionality; thus, it is suitable for different micromachining applications.

Silicon also has other advantages based on its material properties. In crystal form, silicon is a Hookean material. After micromachining, the silicon will have no energy dissipation, which is why it is used to manufacture integrated circuits. Silicon also suffers from minimal fatigue, which means it is reliable. It can serve for a lifetime without wearing out. The nanostructures built using silicon have gained popularity in the microelectronics field. The silicon nanowires are fabricated using thermal oxidation, and they are used in photovoltaic systems and nanowire batteries. It is also good to note that laser drilling is also used to ensure the silicon gains the desired shape.

Although the electronics sector has placed emphasis on economies of scale, it costs a significant sum of money to produce crystalline silicon. On the other hand, it is possible to produce polymers in large volumes. The polymers also have different material characteristics. Polymers can be used to manufacture micromechanical devices using processes such as embossing, stereolithography, and injection molding. Each of these processes is well suited to different applications, including blood testing cartridges that are disposable.

Metals can be used in the creation of micromechanical elements. The only issue is that the metals do not possess the advantages showcased by materials such as silicon, specifically the mechanical properties. Despite all these limitations, metals are quite reliable. They can be deposited by evaporation, electroplating, and the sputtering process. Some of the commonly used metals include nickel, gold, aluminum, titanium, chromium, platinum, copper, and silver.

The nitrides of titanium, silicon, and aluminum are currently being used to manufacture micromechanical products because of the material properties they possess. The ceramics usually crystallize, and they showcase piezoelectric and pyroelectric properties that enable sensors. The ceramics are also sensitive to shear and normal forces. On the other hand, TiN has high electrical conductivity, and the elastic modulus is large, which means it is possible to implement a micromechanical actuation scheme using ultrathin beams. Additionally, the high resistance makes TiN immune to biocorrosion; thus, the material can be used in biogenic environments.

This is a technique used to build micro-mechanical structures using silicon. The silicon is machined through etching. Some features can be added through anodic bonding; bulk micromachining has been used for many years to manufacturer accelerometers and pressure sensors.

This is a technique that makes use of layers that are deposited on the surface of the substrate. The technique came about in the 1980s, and silicon could be used to manufacture ICs (integrated circuits) from the 1980s. Through surface micromachining, it is possible to manufacture affordable accelerometers.

Micromachining is a technique that has been present for decades. There are different types of micromachining, including surface and bulk micromachining. Each of these techniques comes in handy when it comes to ensuring that materials such as silicon have the desired shape such that they can be used when manufacturing ICs (integrated circuits). Silicon is among the common materials used in micromachining. The material is suitable because there is no electrical dissipation after the micromachining processes. Also, it is highly durable as compared to other materials.

How To Prevent Fraud With Business Checks