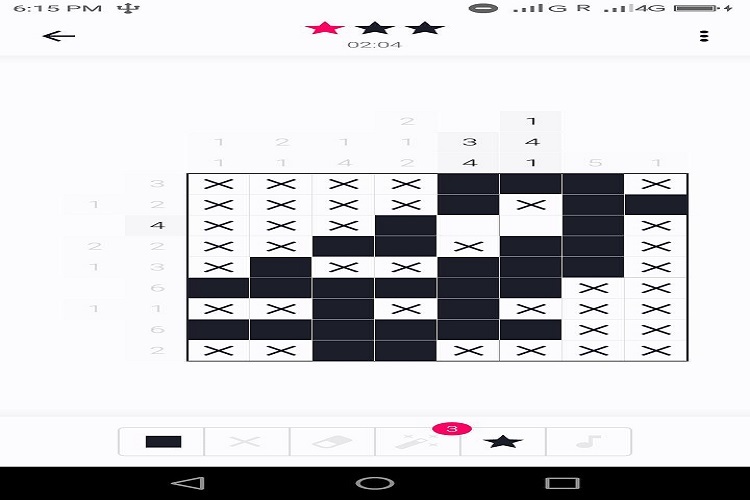 This picross game is great right from the start as it is free-to-play. While many app games on the App Store and Google Play are free, you would be surprised of how much they cost to download, or how many of them end up charging you money to play the full game with the feature of in-app purchases. Being a free game completely, you will not regret downloading Nonogram.com.

Unlike some other games, this picross game has so many features that beat similar games. With extra lives and hints, while playing, this game is less stressful as they give you the ability to receive a little bit of help if you need it. On top of that, Nonogram.com has daily challenges to complete where you can create a collection of pictures with all of the puzzles you have solved, trophies for completing all of the challenges within each month, as well as varying levels of difficulties that you can choose from.

While many people won’t typically think about this benefit, it is definitely noticeable by each player and should be an appreciated aspect. With this game, they have a very clean and friendly user interface that is easy to look at. With a white background and only a few buttons to crowd the screen, they make this game easy and pleasing on the eye for people of all ages.

They Make Many Similar Games

Other than the picross game that they make, Easybrain makes many other games both on Google Play and the App Store. The other puzzle games that they make that are similar to Nonogram.com and are available on both the App Store and Google Play include Sudoku.com, BlockuDoku, Pixel Art, and Jigsaw Puzzles. With this in mind, it is clear that this company has a lot of experience in making quality mobile puzzles games over the years that a lot of people enjoy.

iMyMac PowerMyMac Review: Optimize the Performance of Your Mac

How To Prevent Fraud With Business Checks

Key pointers To Consider before Choosing a Shopify Theme